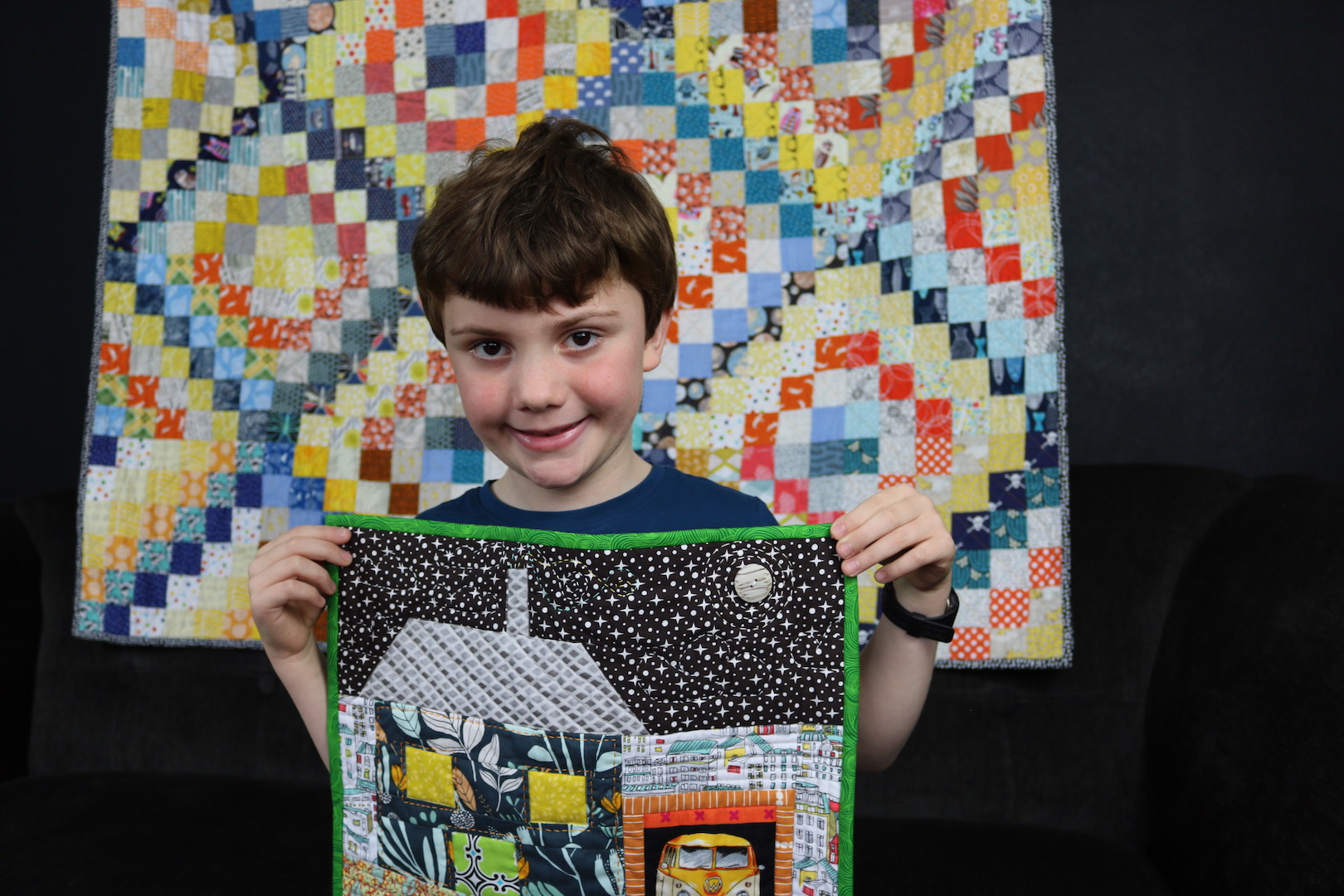 Nobody can dispute that it is pretty amazing, and heartwarming for a young boy to see a friend sewing on the TV and be driven to start quilting immediately. William was actually just 5 when that happened and two years on, he is really passionate and interested in the craft. I was very impressed with his fabric pull for the house quilt!

I teach children to sew and their curiosity is enough to start creating, without fear. As adults we need to channel this bravery sometimes, and allow ourselves time to just play with fabric.

The quilt made for him by his mum Pam holds memories of improvised stories at bedtime and dens built using it. We could have filmed him talking for a long time about every element that makes it such a treasured object.

Future projects between mother and son sound exciting, though the day after filming, William had fashioned a junk modelled camera and was talking about a new career path.

At a QuiltCon lecture this year Sherri Lynn-Wood suggested a shift in mindset from “quilting for” to “quilting with”, making the process inclusive and sharing the skills we have to gain new benefits from our craft. I expect that many children and grandchildren would enjoy being actively involved in the making process if we took the time out to include them. Making this film brought those thoughts back to me.

I hope you enjoyed watching. Don’t forget to leave comments and share your thoughts here.

What are your thoughts? Cancel reply

Just One Quilt: Leisa and Vee

Just One Quilt: Laura and Cath

The Mission behind my Just One Quilt films