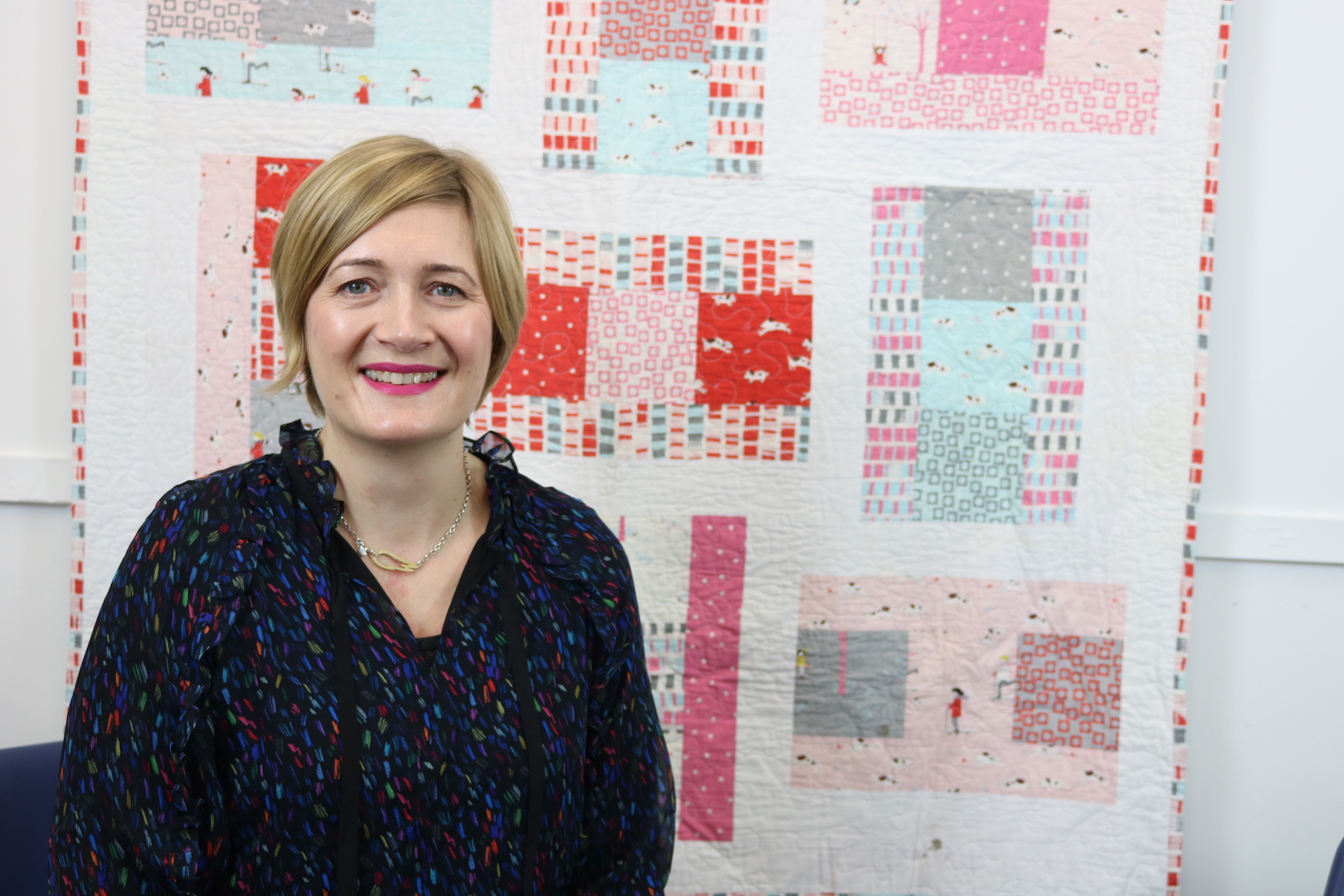 Kay and I have been working together for just over 3 years now, and some people would say it is risky to turn a friendship into a business but I can honestly say asking her to help at the studio was been the best decision. We are a dynamic duo and somehow the mix of creativity, organisation, bravery and laughter gets us through every day with a smile. I cried once – when I was worried we didn’t have enough money to pay the wages but together we face every challenge in a small business and we try not to take life too seriously.

When we started the Just One Quilt films Kay willingly took on the role of camerawoman, sound recordist and stylist (she basically tells me off if I haven’t brushed my hair) and we have had a busy year sharing heart warming stories from friends, new and old. It was tricky getting Kay to sit in front of the camera instead, but she finally gave in with a bit of persuasion.

Before we started sewing together, Kay and our lovely friend Angela had made a quilt with polycotton (shock horror) following a few free tutorials, but she wanted to know some of the proper rules, and she was a star student with her notebook and pen. Years of weekly meet-ups followed when we did some dressmaking, quilting and generally put the world to rights. We travelled to London for workshops and fabric shopping, started an annual getaway with our friends and developed new skills together.

Initially Kay was scared to teach people at the studio, so I just had to leave her a few times and say all would be well because she is very talented at it, but would worry there might be something she doesn’t know (which is highly unlikely). Between us we have built a wonderful community we are both proud of and we constantly evaluate how we want to move forwards together.

We had a spa day treat two weeks ago and sat in the infinity pool contemplating what we would do if we won the lottery. The upshot was we would keep doing what we are doing with the added bonus of travelling to crafty destinations of our dreams including Alabama to see the quilts of Gee’s Bend (though they are coming to Margate next year so that might do) and Japan. We managed QuiltCon in Nashville this year so fingers crossed.

We are having a Christmas break for a couple of weeks so enjoy catching up on all the other films in the series and we will see you soon.

What are your thoughts? Cancel reply

Just One Quilt: Leisa and Vee

Just One Quilt: Laura and Cath

The Mission behind my Just One Quilt films